Why I Love Panty Wearing Men

Wouldn’t these look cute on you?

There’s Just Something About A Guy Wearing Panties

Wow, does it get me hot and bothered, seeing a man in panties! Now, Jack is not normally a sissy, but I’ll tell you a secret – he wears panties for Ms. Delia. You see, last Christmas, I bought him five or six pairs. A few boy shorts, some frilly full cut briefs, even a thong. And, Jack knows if I’m feeling a bit down and not in the mood to play, all he has to do is saunter around in one of those pairs of panties, and I am ready to treat him like the sissy bitch he can be!

So What Is It About Panties?

With my subby hubby, I think it’s that it brings out a side of him he doesn’t like to admit exists. And for some of you closet sissies, it’s the same thing. Oh, you’ll say you’re not into sexy women’s clothes, but you’ll wear panties, for me, won’t you? It’s safe. It’s not like I’m asking you to dress up in a bra, mini dress and heels, now am I? It’s just a pair of panties! And honestly, except for the color and the fabric, are a pair of boy shorts really that different from a pair of boxer briefs?

In Your Mind It Is 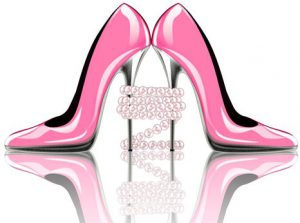